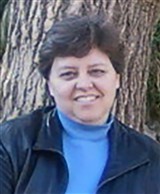 Austin, TX, February 5, 2016, Debra A. Dreiling, Creative Services Coordinator for Studio B with Liquidation Channel, has been recognized by Elite Women Worldwide, for dedication, achievement and leadership in the direction and production of televised media.

For as long as Debra Dreiling can remember, television has held a special place in her heart. Prior to pursuing a media career, Ms. Dreiling spent 12 years in the military, which she says helped her gain strong leadership and teamwork skills. During this time, she served nine years active duty with the U.S. Navy, and three years in the Reserve. After completing military service, she began volunteering at a public access station, where she learned about all facets of the industry. To date, Ms. Dreiling has worked within the entertainment sector for two decades, and in 2005, she received a Bachelor of Arts in mass communication, with a specialization in electronic media, from Texas State University.

In her current position, Ms. Dreiling is primarily responsible for coordinating promotional and commercial materials within social and digital media. However, she is also tasked with providing all production shots for the company and commercials. An expert in direction, production and team motivation, she is frequently called upon to assist with directing, engineering and producing when needed. Her experience is wide and varied, extending to news and home-shopping sectors, as well as freelance work concerning commercials and Web videos. On a more personal level, Ms. Dreiling enjoys writing children’s stories and is currently working on publishing a story. In the coming years, she hopes to continue directing, producing and managing televised media, with the ultimate aspiration of working for Disney. 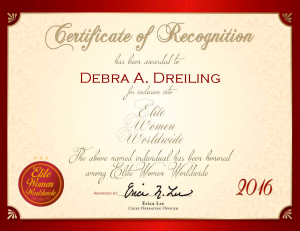