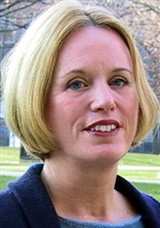 Gregory, MI, December 2, 2015, Bobbi S. Low, Professor with the University of Michigan, has been recognized by Elite Women Worldwide, for dedication, achievement and leadership in environmental education.

An established expert in evolutionary and behavioral ecology, Dr. Low became interested in her current line of work while she was studying biological systematics as an undergraduate student. After completing a Ph.D. through the University of Texas in 1967, she traveled to central Australia to research optimal foraging in kangaroos and their behavioral ecology, prior to returning to the United States. For the past two decades, Dr. Low has served as a professor at the University of Michigan, during which time she has mentored nearly 100 doctoral and master’s students.

In addition to educating students on core theories as they pertain to ecology, Dr. Low also researches behavioral ecology and life history theory. Throughout the course of her career, she has published seven books and more than 90 papers in referred journals on topics ranging from behavioral ecology to anthropology, parasite impact, basic biological theory and historical demography. She is further recognized for her thorough understanding of women’s life histories, and human behavior and sustainability. One of her most well-known publications, “Why Sex Matters,” offers a Darwinian look at human behavior. Initially published in 2001, the book was recently revised and has continued to receive widespread acclaim.