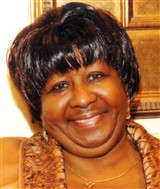 With nearly 50 years of experience, Ms. Buie has built a reputable and successful career. Prior to her current roles, she worked at The Hertz Corporation for 23 years as a switchboard operator and customer service representative. This position opened the doors for her to become involved with the Teamsters Union. As the president of the Teamster Joint Council 55, Ms. Buie is the first woman and the first African-American to hold this position. In her positions, she oversees employees and employee benefits for approximately 900 members, organizing and representing workers, helping others to develop their careers, and helping members through contract negotiations.

Ms. Buie is affiliated with the Coalition of Labor Union Women, the Human Rights Committee, and International Brotherhood of Teamsters. She fundraises for youth scholarships, supports Order of the Eastern Star, Aids Campaigns and United Way Worldwide. For her hard work she has received the Lifetime Achievement Award from TNBC.